Positive: Glad I did it to get the race experience, good to get used to getting knocked about on the swim (and experience racing outdoors), got some dolla dolla $$, didn’t give up after being behind after transition, it was a glorious day!

Negative: Got knocked and fell back on the swim, swallowed so much water I couldn’t run fast, couldn’t get wetsuit off, couldn’t get either foot in either shoe, transition was about 20 seconds slower than anyone else in the top 15/20, probably didn’t push the run as hard as I could have (I was apprehensive given I have been/am injured, and already admitted defeat beforehand “I can’t run cross country”)

What a gorgeous day!! There were no excuses weather-wise! Zero wind (until the relays), bright sunshine (my face is still rosy!) and warm temperature (unless you were in the loch. That wasn’t warm at 15C!).

It was my 1st mass start from the water (Kalmar people jumped in the sea in waves of their predicted time) so that was…erm…interesting. I got kicked a few times and crossed elbows after the gun went off, but it was quite fun! My Kaiman Exo goggles from Aqua Sphere were actually phenomenal! They never fogged or leaked once, and usually at races I am panicking rubbing my lenses a good dozen times beforehand! 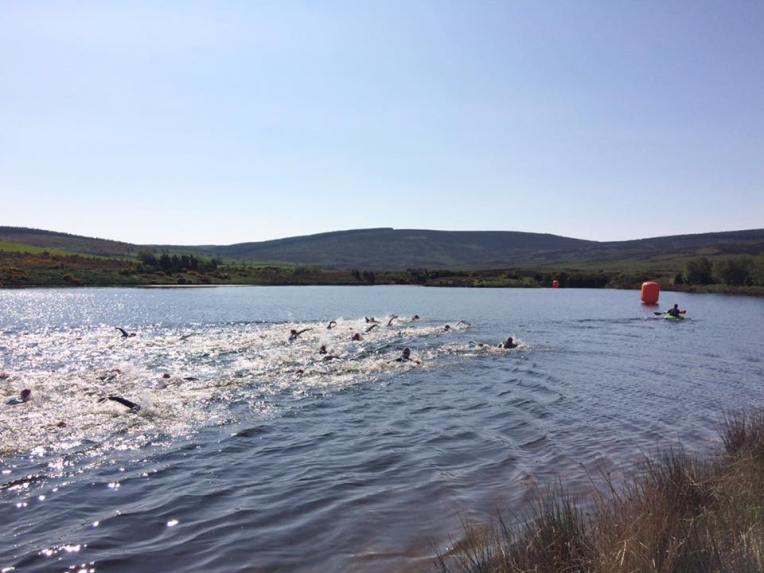 Coming back round to the boathouse, I passed a couple of people but kept swallowing water (ewwww to drinking a litre of lake water in under 10 minutes!) then out I got with a stomach sloshing away and failing to unzip my suit because I wasn’t feeling great. When I got to my shoes and eventually pulled off my wetsuit, despite my towel lying there, I couldn’t get my feet dry enough to fit into my trainers! Cue a bazillion people leaving transition before me.

I kept trying to pick people off, particularly on the wee hill we went up a couple of times, and by the time we got to the forest, I was about 30s down on Julie (who smashed it and came 2nd overall!), and could just about see her in the distance. I managed to narrow the gap in the 2nd lap, but not by much, so I crossed the line in 3rd place behind Natalie and Julie! I’m really glad I got the experience and it gives me more confidence for future races with outdoor swims! 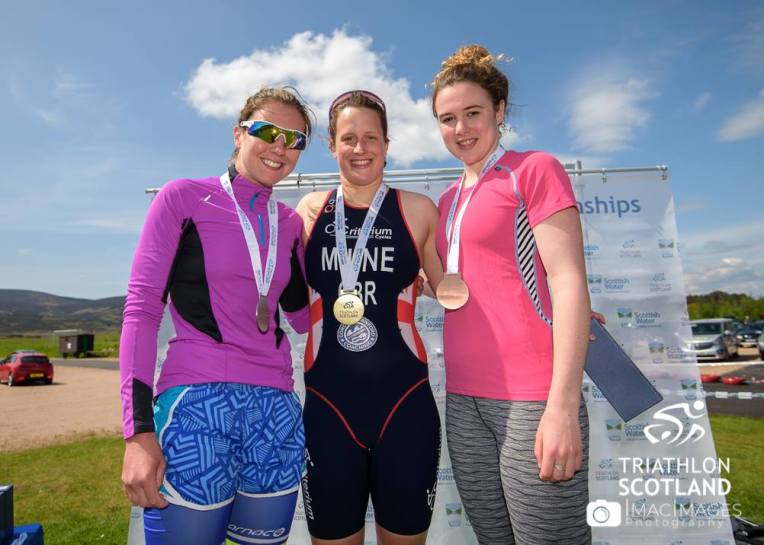 A couple hours later, we were taking part in the mixed relay. There were 2 Triathlon Scotland Performance teams going head to head, and I was to go last in our team, comprising of Stefan (a PHENOMENAL para-triathlete!), Sarah (who is flying having broken her arm recently) and Kate (she is in the youth squad but could kick all the senior boys’ butts in a track race 😉 !) 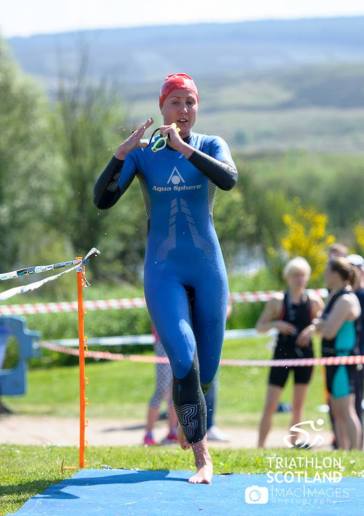 Because I had 2 swims, I brought 2 wetsuits, keeping my Aqua Sphere Phantom wetsuit for the relay to try and win for the team! Fiona was calling out splits, so when Stefan slapped me and it was my turn to go, I was just over a minute behind the other TS team! I swam hard (perhaps venturing off course slightly…oops to getting overexcited and forgetting to look where I was going), managed to get my wetsuit off in good time this time, but couldn’t jump on the bike (get some confidence girl!), so another poor T1 time for me!

The wind had really picked up now and I was riding solo, but I felt strong going into the dead turn. After probably the slowest turn of the day, I got round the cone and tried really hard to nail it up the hill into the headwind. When I got back to about 200m from transition, I had to slow down for an ambulance who had come to rescue Tracy (she broke her toe after a nasty crash…SPEEDY recovery so you can SMASH Celtman in 4 weeks!), which again made me panic a bit getting of my bike, so coming off my shoe hit the ground and came off the bike.

The run was pretty slow for me. My legs were a little tired from earlier but I just kept trying to pick up the cadence. I was 40seconds down on the other TS team after the cycle so I tried to keep pushing so catch him! Again, the run was just that little bit too short and I managed to close the gap to 15seconds behind them. Grrr!!!! Next time! 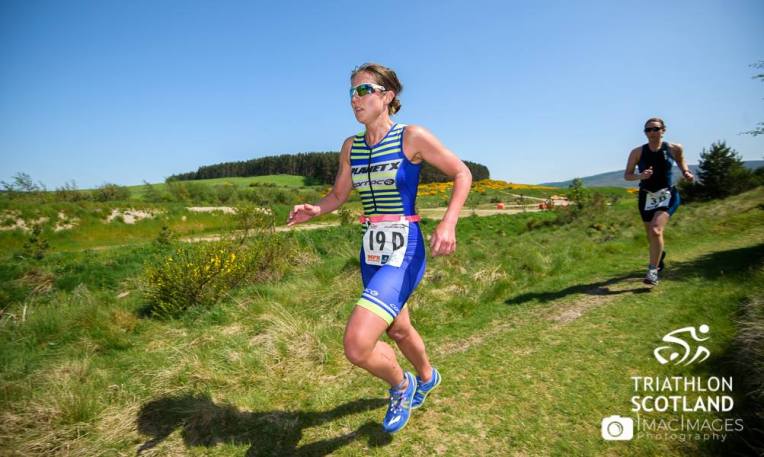 It was a really fun day and getting back home around 4.30 meant we could get the BBQ we bought on Saturday going, and have a few  beers in the sun before it disappeared and the working week started again!

Hope you had a good weekend and IF you happen to be reading the Scottish Herald on Saturday, look out for a certain Debzie Babez…! 😉